Last weekend I was one of the few non-Italian quidkids who had the foresight to attend the very first Italian fantasy tournament, Guardians of Bologna. With only six teams of about 12 players each it was more like a quidditch sleepaway camp with medals at the end.

Here are my ratings:

Location: 4/5. Despite the name, we didn’t actually guard Bologna all that much. The tournament took place in the city of Vignola, on the grounds of a local parish church. Great pitches WITH LINES, accommodation with toilets, showers, electricity, fridges… on site, a supermarket around the corner, and a dining hall to feed us. Having the whole tournament in one location was especially great and made it all super laid-back and cozy. Only downside was maybe a lack of shade on the pitches: if you invite Belgians and Brits you need to give us someplace to hide from the burning Italian sun.

Gameplay: 4/5. Did we run on time? Not exactly. Did anyone give a shit? Hell no. All games were played eventually, don’t worry about it. Lack of certified refs was solved by having literally anyone who felt like it ref a slot. Small teams just meant that everyone absolutely got enough playing time. Hakuna matata.

Social: 5/5. You try getting drunk on cheap beer and wine in a church basement with quidkids and see if you can rate it less than 5.

Atmosphere: 5/5. Cosy, chill tournament with a fantastic theme. No pressure on players, but very supportive. Everyone was taken care of, the staff was really on top of their game making sure every player felt at home. 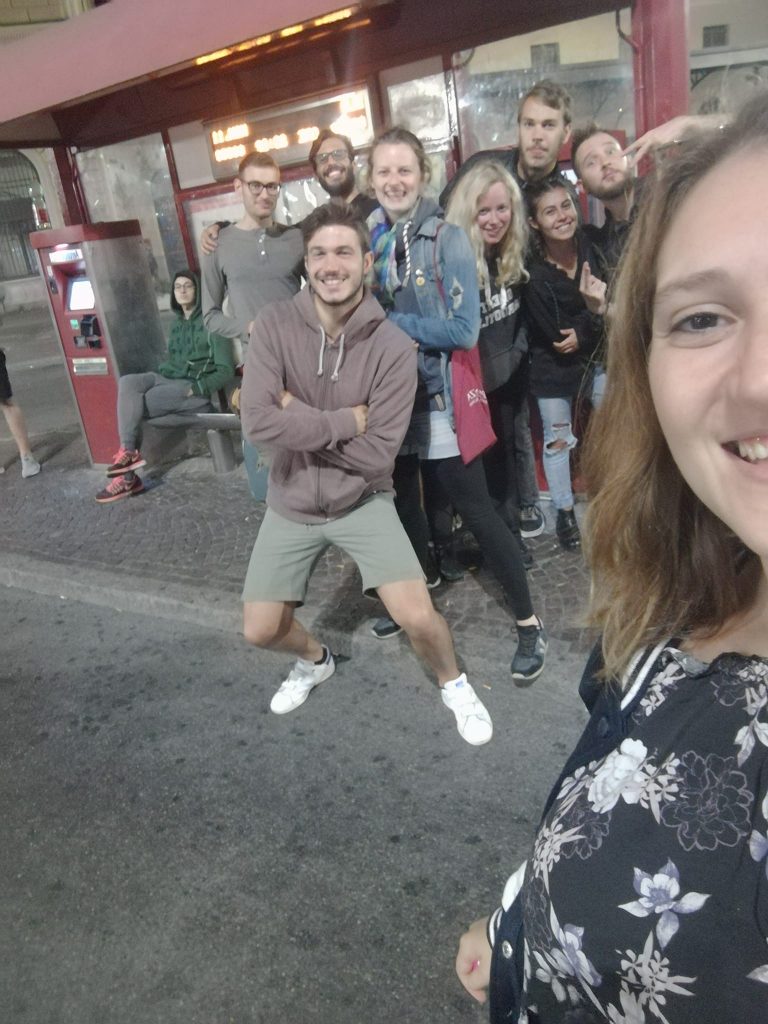 Overall, one happy Gargoyle. Will attend again. Will recommend to friends.

Our Gargoyle Dale headed to the far away Lievelde, Netherlands to take place in the Open Dutch Summer Cup. After getting stuck for three hours in an Antwerp traffic jam, Dale was finally able to meet up with his teammates for the weekend. Going by the name of the Rainbow Rangers, the team was mostly players from the Rotterdam Ravens, with a couple of random Australian, Irish, Belgians and a German thrown in for good measure.

Dale (top row, second from the left) with the other Rainbow Rangers at Open Dutch Summer Cup.

The first day was a bit rough as a couple of the German teams (Ruhr Phoenix, and Berlin/Bonn) were able to take down the Rangers but they did manage to pile on the highest score of the whole tournament by annihilating the Screaming Seagulls 260*-40. The final games of the first day had to be postponed to Sunday morning due to thunderstorms, so it was another early morning, but the Rangers won their final group stage game for a record of 2-2, good for third out of the five.

After a narrow loss on snitch catch in their next game, the Rangers pulled it back together and won their last game against a combination of players from Cologne and Trier, finishing with a record of 3-3 and claiming 7th place.

Berlin/Bonn won the tournament over the Phoenix in the final after an exciting game, so the Rangers could take heart that two of their losses were to the two best teams in the tournament.

Speaking after their last game, Dale was heard to say : “I like coming to these tournaments. Nobody knows who I am, they all run at me so I get to tackle everyone.”